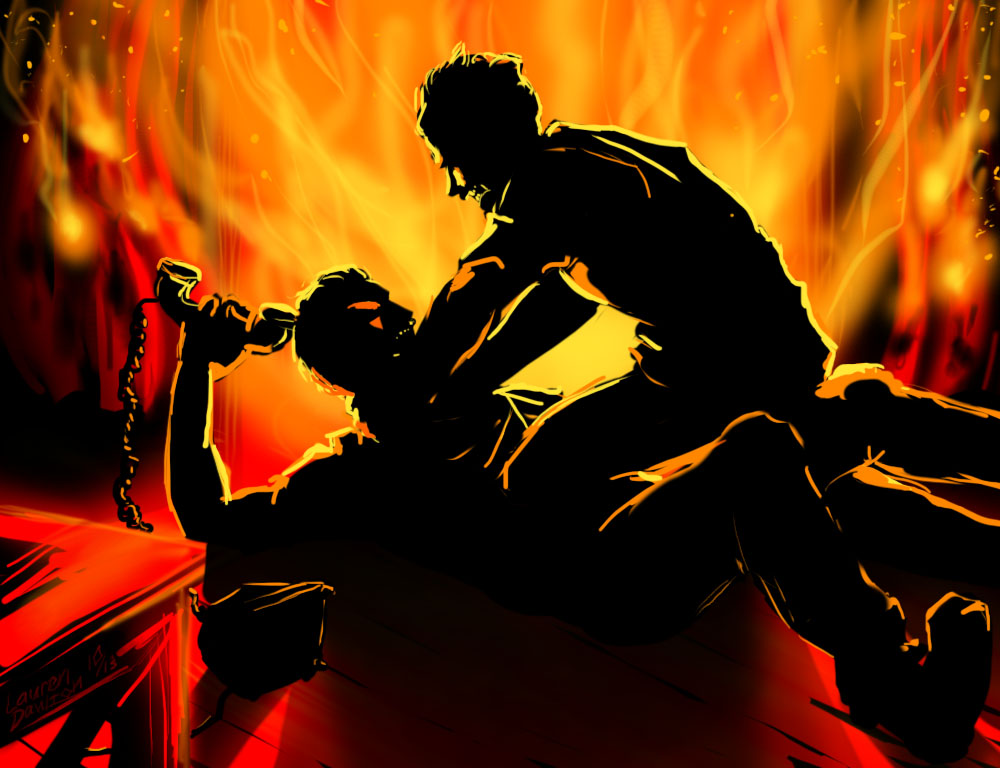 Once upon a time, two Americans fought in a burning house. Flames raged all around them, crackling and roaring, pine studs in the walls popping explosively, furniture engulfed and hissing fumes of heated chemistry. The human voices of the belligerents harmonized with the noise of the fire, their shouts of hate and rage. They blasted each other with their fists and their feet and their profanity, fury risen in them to degrees like unrelenting piety. END_OF_DOCUMENT_TOKEN_TO_BE_REPLACED

I first noticed her by the dull rumble of her smoker’s voice, low enough that the words disappeared in the same way that whatever a river is saying is lost upon us as we stand upon the bank. But the sound was there, and so I glanced up, saw her, her iPhone wrapped in Malibu pink, rumbling away in a Winston cigarette whisper to whoever was on the other end. And that is fine; this is not to cast aspersions on either cell phones or those who smoke—lord knows in California we’ve got laws to asperse those folks in volumes as it is, the poor bastards standing fifty feet from buildings in the sleet and pouring rain (damn them for their vices, for they surely needed a better lobby for their habits like, thank God, all mine have). No, it was not to judge her that I watched, but simply awareness of the distinct and common rarity of such a throaty temblor of a voice, its incessant nature like an earthquake underway, and it attracted my attention as such things will do. END_OF_DOCUMENT_TOKEN_TO_BE_REPLACED