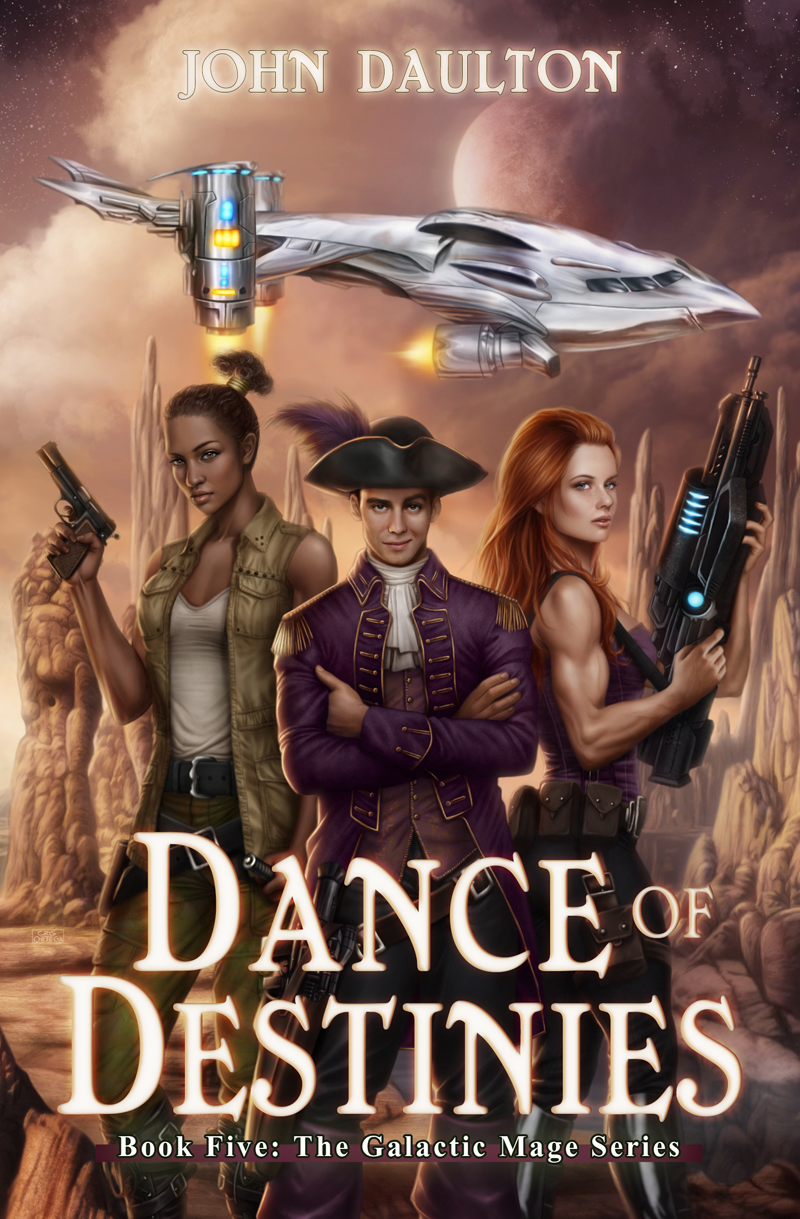 The next chapter in the wildly popular Galactic Mage Series has arrived. The adventures of Altin, Orli, Roberto, Pernie and all the rest continue as sentient races from across the stars collide, coming together in a Dance of Destinies.

Pernie Grayborn continues her march toward becoming an assassin and the instrument of the elves. But that process forces her onto another world, one where she is the alien. Worse, the distance threatens to destroy her chance of realizing her heart’s true desire: the death of Orli Pewter and, with it, the chance to marry Sir Altin Meade.

But fate may be helping her with that.

Altin and Orli are in trouble. The newlyweds are trapped on an alien spacecraft in which the laws of nature seemed to have abandoned them—and the laws of magic, too! If they can’t escape on their own, it will be up to Roberto and the purple-corseted crew of the Glistening Lady to attempt a rescue. But what can the stalwart Spaniard and a handful of hot chicks do against spaceships that are thirty miles long?

Besides, Roberto has problems of his own. The War Queen has drafted him to do her inter-planetary dirty work, and he finds himself immersed in a universe where the lust for power is rampant and underworld villains plot against seemingly everyone. Greed spans an entire galaxy.

Buy it on Amazon – Kindle

Buy it for Nook

Buy it for Kobo

If you’d like email notification when Book 6 (expected late 2015) is released, sign up for my newsletter here: Daulton Books Newsletter.