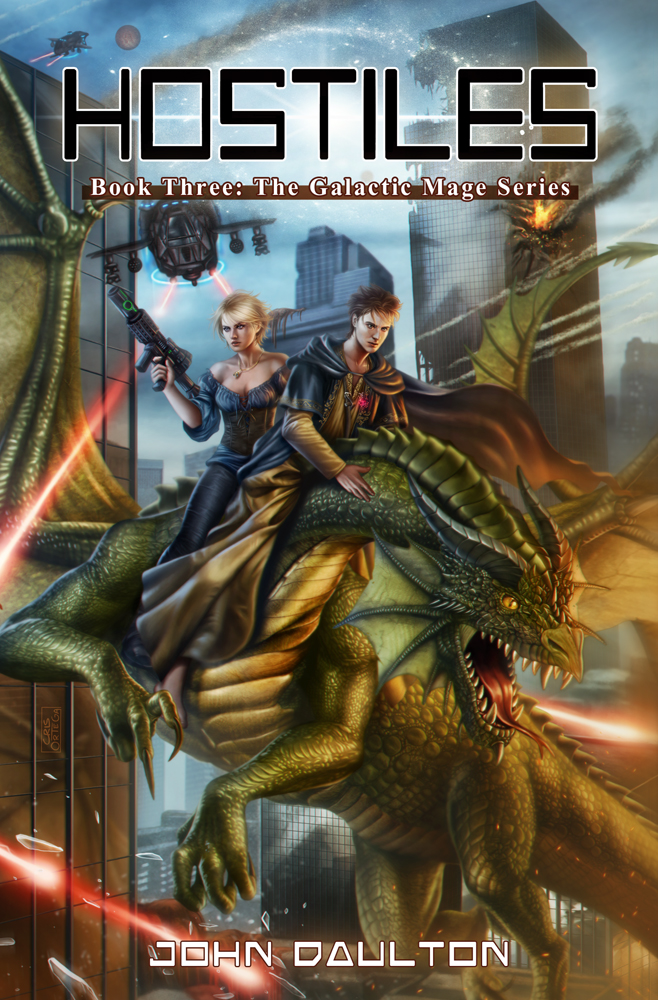 John Daulton’s Hostiles brings the opening trilogy of the bestselling The Galactic Mage series to its pulse-pounding denouement. With the apparent betrayal by Blue Fire sending the forces of Earth and the forces of Prosperion whirling into chaos, what’s to become of Altin and Orli’s love, much less their lives? And worse, failed diplomacy now risks the lives of billions more as war rages across the galaxy, the very heavens bloated by the hate of so many races bent on revenge and dominance.

Hostiles picks up the story where Rift in the Races left off, leaving Altin and Orli struggling to survive the fallout of failed interplanetary politics. Somehow, they must endure the intergalactic menace of planet-sized magic, a vengeful space fleet, and the untimely rise of a jealous orc army bent on righting the wrongs of humanity’s Prosperion past. And not only must they endure it, they must, if possible, make it right.