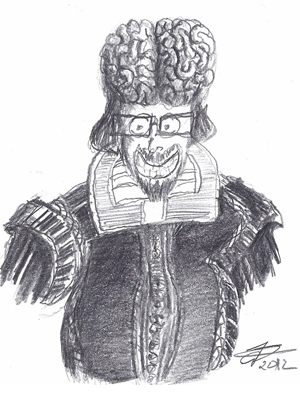 Yes, it’s official, I have contracted the dreaded I Suck No Wait I’m a Genius Syndrome (ISNWIGS, for short—pronounced EYE-sun-WIGS). Many writers suffer this condition, and I have once again contracted a terrible case of it and now find myself enduring the yin and yang of its permutations daily as I work on Rift in the Races. It’s agonizing for me, although probably more so for my dear wife who has to sit out there in the driveway with me in the evenings listening to the bi-polar effusions of whichever wave of it I am riding at the time, the whiny laments regarding my vomitous ineptitude one night, the soaring revelry proclaiming my inspired brilliance the next.

Two nights ago I was certain that the chapter I had just finished working on was literally the worst chapter ever written in the history of writing. Last night, having gone over that chapter again during the day, I found some minor issues that needed work but for the most part found every line to be textual ambrosia, a sweet parfait of prose to rival the highest order of composition ever put to the page. It was the same F-ing chapter.

Fortunately, my wife didn’t slap me (either night), because I’m not sure such violence would help, no matter how well deserved, and it probably would have made me spill my beer. A waste, especially on a day where it’s 104º F. 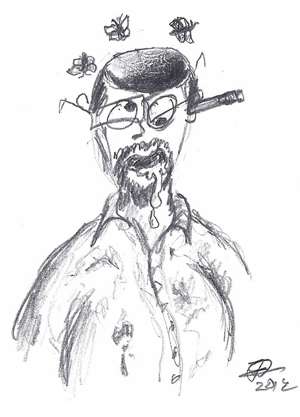 So, here I am today, between flare-ups of I Suck No Wait I’m a Genius Syndrome hoping it won’t come back tomorrow. I fixed up two chapters this morning and felt compelled on a short break to explain to my wife how brilliant the language was, how I had myself laughing and in tears, but then, after lunch, I found myself staring into the abyss of stupidity, bemoaning the banality of my ideas and lamenting the preposterous arrogance that made me think anyone would ever want to subject themselves to this refuse I’d just puked through my keyboard.

It’s sort of funny, really. Well, it is when viewed from a distance. This Jeckle and Hyde view of things is amusing, and I suppose common enough. But it drives me nuts.

In case there are some who can’t relate, as this may only be a weird artist thing, and, if I want full empathy, which of course I do, I will give a quick example of how this insidious syndrome operates.

Let’s say I write a sentence or bit of dialogue, as I often do, obviously, this is what happens to me afterwards when I go back through to revise:

Here’s what I actually wrote:
Hey, who is that up there on the balcony? Is that you, sweetheart?

Here’s what I see when I reread it sometimes:
There was some chick on the balcony and he didn’t have no clue for sure who it was but he thought it might be that broad he liked.

Here’s what I see when I reread it other times:
But, soft, what light through yonder window breaks.
It is the east, and Juliette is the sun.

As you can see, ISNWIGS is a terrible thing. It puts writers into a weird cycle of dysfunction, creating long spates of deletions and revisions, and then other spates of digging through previous versions trying to find the stuff from before that is ten times better than this new crap they made. Except for when it isn’t better. Sometimes. I think.

Eventually, a happy medium is found, or at least in theory it is—if there weren’t then no books would ever be published—and the writer can finally move on. However, if anyone ever wonders why writers so famously drink to excess, now they know. Speaking of which, look at the time.